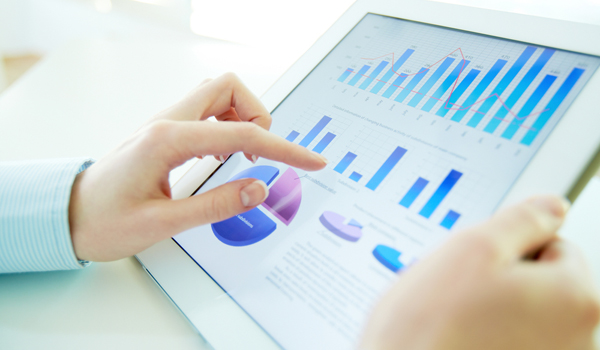 Households worldwide have become increasingly connected to the internet at home and on the go. With technological advances and an increasing number of startups focused on mobile apps, internet and mobile device usage continues to skyrocket. This infographic puts together an interesting view of how different aspects of the internet have evolved.

It has been three decades since the internet started off as a U.S. government network called the Advanced Research Projects Agency Network (APRANET), which was designed as a tool for universities and research labs in the U.S. By 1984 the Internet linked 1,000 hosts at university and corporate labs. By the year 1998 the internet had grown to 50 million users. In 2009 it topped 1 billion users and linked more than 440 million people across the globe. Just last year the global internet population reached 2.1 billion people. Today there are 2.7 billion users, which constitutes 39% of the world’s population.

1) Facebook: Launched in 2004. After starting up, Facebook users had increased from a few to a few hundred million in just six years. By 2012, the number of Facebook users more than doubled, making Facebook the quintessential social networking site everyone had to be on.

2) Twitter: Launched in 2006. Created by a group of people that worked for a podcasting company called Odeo, Twitter in its initial stages had just 50 users consisting of mostly company employees and their immediate family. Gradually the circle expanded to a 100 million users by 2010. Today Twitter is one of the 10 most-visited sites on the internet!

3) LinkedIn: Launched in 2003. 10 years later LinkedIn has more that 200 million users, and it claims that two new users join every second. After launching its mobile platform in 2008, LinkedIn is used by people from almost all parts of the globe including India, Europe, the UAE, and Australia.

4) Google+: Launched in 2011. At first Google+ was perceived as a mere attempt on Google’s part to compete with Facebook. A major part of the Silicon Valley tech crowd agrees that Google+ flopped. It turns out that Google+ is not just another version of Facebook, though – it has increased its user base to over 300 million and is now surpassing Twitter. Google+ is still one of the most visited web pages on the internet.

5) Instagram: Founded in March 2010. After experimenting with a gamified check-in and photo sharing app called Burbn, the founders decided to run with the most popular feature of the app: photo sharing. Thus, Instagram was born. The app hit 10 million users in 2011 and grew to 80 million by 2012. One reason behind Instagram’s pure growth in so little time was that it was launched not long before the iPhone 4, with its high quality camera, was released. Today Instagram supports over 100 million users with 59+ photos being shared every second!

6) YouTube: Launched in 2005. YouTube was created by PayPal employees and was acquired by Google a year later. By 2009 the total number of views on YouTube reached 1 billion per day, a number that doubled by 2011. Currently the site sees 1 billion unique monthly visitors who watch more than 4 billion hours of videos per month and upload 72 hours of video per minute.

Even before there was internet, the first mobile phone was invented in 1973. Doesn’t that seem a long time ago, considering the first pre-commercial trial of the 3G mobile network was launched in 2001? In 2007 there were 295 million subscribers on 3G networks worldwide, with 3.3 billion mobile subscriptions. In 2009 a faster and more efficient 4G network was introduced at a time when only 31% of American adults used their mobile phones to access the Web. In 2012 there were 6.7 billion mobile subscriptions and 1.3 billion global smartphone subscriptions. By then, more than half of adults in the U.S. used their cellphones to access the Web.

Today, U.S. consumers use their cellphones for online activity for an average of 1.4 hours per day, according to Temkin Group.

With the arrival of smartphones came a plethora of fun, addictive, informative, and simply mundane yet entertaining mobile applications. The two largest app stores, the Apple App Store and the Google Play Store (formerly known as the “Android Market”), both launched in 2008. Each is believed to have more than 800,000 applications available for download. ABI Research predicts that 56 billion smartphone applications will be downloaded in 2013, with 58% of the downloads coming from Google Play, 33% from the App Store, and the remaining from BlackBerry World, BlackBerry’s app store.

There has been a complete shift in the way the world accepts and uses the Web from the time the internet was first invented. Now the internet has grown into an indispensable aspect of everyday life. We are now surrounded by the internet everywhere: on our phones, tablets, and PC’s, both at home and on the job. The internet is omnipresent, just like the air we breathe!